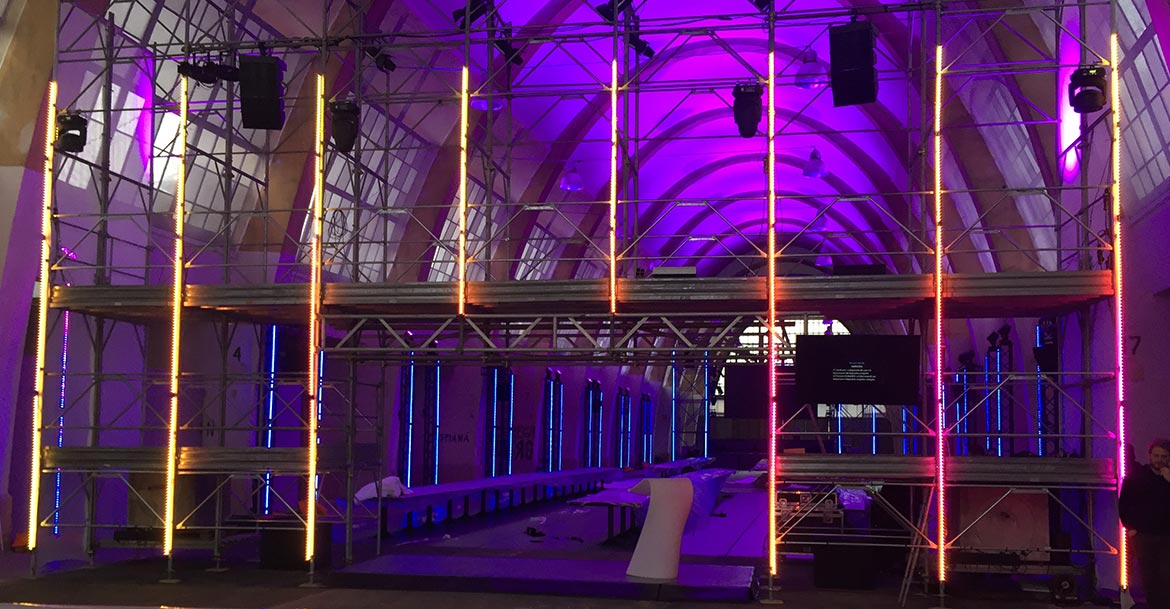 In April 2018, M2L Società Cooperativa oversaw the scenographic LED project at the Vinitaly Gala Dinner using Madrix Software. The event opened the 52nd edition of this historic Verona event, which attracted 128,000 visitors from 143 countries this year. The top ten presences, out of a total of 32,000 accredited buyers, were the United States followed by Germany, the United Kingdom, China, France, Northern Europe (Sweden, Finland, Norway and Denmark), Canada, Russia, Japan, the Netherlands and Belgium. The event is a major international occurrence dedicated to the business and promotion of the wine world. The exhibition is continually more oriented towards professionals. Outside the halls, however, there has been a notable increase in activities for wine lovers. In 2018, Vinitaly and the City brought nearly 60,000 fans to the historic centre of Verona and the municipalities of Bardolino, Valeggio sul Mincio and Soave.