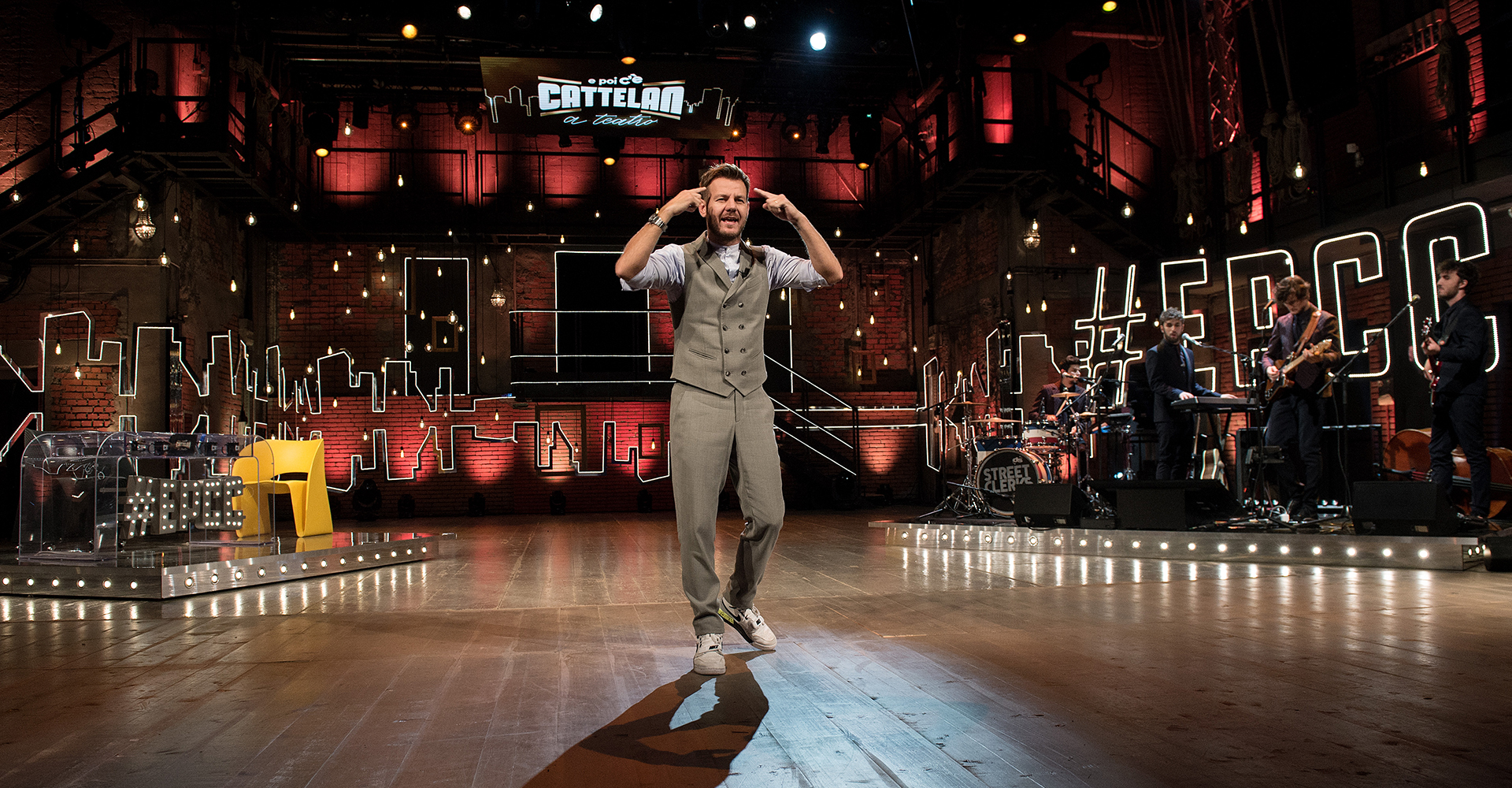 M2L oversaw the lighting effects (with a Gma2 Light lighting mixer) for Cattelan (also abbreviated EPCC or #EPCC), an Italian television talk show hosted by Alessandro Cattelan and broadcast during the late evening on Sky Uno. This Sky program is inspired by US late-night talk shows, such as the Late Show with David Letterman and the Tonight Show with Jimmy Fallon. The host, Alessandro Cattelan, interviews numerous guests, many of whom take part in comic scenes and parodies. The transmission has a house band, The Street Clerks, who were former competitors on X Factor 2013. The 5th season of the show was broadcast on Sky Uno from Monday 22 January to Friday 27 March 2018. The studio was renovated and a model with the main monuments of Milan was placed behind the desk, which changed shape. The guest chair was yellow, differing from the previous seasons.